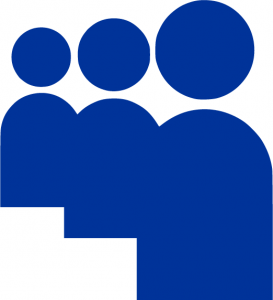 Myspace for Sale! That’s right; one of the giants of the social networking industry is up for grabs once again, with the asking price of just 100 million dollars. This, however, is hardly surprising for anyone who witnessed the rise and fall of the once mighty entity.

As they say, space is the final frontier. Quite sadly, this just wasn’t to be for one of the pioneers of social networking. Over time Myspace just became too cumbersome and ultimately limiting for people looking to enhance their real-life interactions with an online experience. And once you are limited in space, you begin seeking a way out.

Myspace (MySpace back then) was born in 2003 – the year Tripod.com celebrated its 8th birthday, Friendster was quickly gaining momentum, and Mark Zuckerberg was still hacking into Harvard network to create Facemash. At the same time GeoCities was already swimming in shut-down rumors, proving that a service with millions upon millions of users could fail in spite of everything. A lesson could have been learned right there…

By 2006 Myspace became the number one social networking site in the US, a position it managed to hold on to right until Facebook stomped the competition in 2008. “The Place for Friends” was exactly that – a collection of individual spaces, all decorated (more or less) uniquely, depending on the users’ understanding of style and overkill. This, however, was also a major contributing factor for the public perception of the website’s “quirk”.

Most adults looked down on the service. No wonder, really, when you consider that every second page was dedicated to the most recent pop sensation, bombarded visitors with intentional misspelling, and featured over-the-top rants by angsty teenagers. When Facebook arrived on the scene, preloaded with the college-age core group of users, it became a default choice for the mainstream mature audience. By the time Myspace warmed up to the idea of a necessitating change, it was a little too late. The shape of the social networking landscape was already changed forever.

Just look at Facebook. It needed approximately two seconds to realize the potential of that hot new thing called Twitter. Next thing you know, there is a twitter-like feed on the site. Once out of the gate, Zuckerberg and Co. never looked back, really, constantly adding subtle improvements on the go. That was something Myspace seemed to understand, but failed to implement. More effort was put on entertainment features, annoying animated backgrounds, and memory-draining videos, than on social networking bells and whistles. 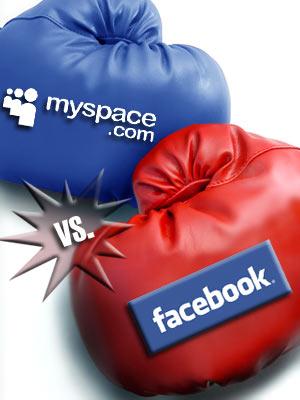 On top of the pressing competition, Myspace was a troubled endeavor from the get go. All the liability suits, lax security issues, mismanagement of advertising space, compatibility problems, later-day layoffs, etc., did not help the matters. By 2008 what was once considered the flagship of social networking has fallen by sidelines. The biggest problem became the brand itself. It was just too recognizable as a tainted product at this point, despite the millions of accounts in use. In later years all the news of improvement in security and design were overshadowed by the information of rapidly declining traffic and revenues.

After losing the fight for the much-coveted title of the Social Networking Heavyweight Champ, Myspace quickly spun the developments, and claimed it actually no longer considered itself a Facebook competitor. Supposedly, the portal sought to become a gateway into the entertainment world. Perhaps, this was a wise move, considering the site’s history with the showbiz (many performers used the platform for promotion purposes). Unfortunately, even this did not produce the much needed relief, when VEVO, a music website run by the likes of Universal Music Group and Sony Music Entertainment, opted out of the takeover (at least for the time being).

Just to give you a reference of the situation by this point – when News Corp. bought Myspace in 2005, the website was the entire Pirates of the Caribbean trilogy in terms of the pick-up price and generated hype. Six years later it is shipped around as The Adventures of Pluto Nash. Ouch.

So, yes, it has been a bumpy ride, but the final destination was always there if you think about it. Working in the industry it is important not forget that the money comes from customers who expect a company to deliver the best user-experience there is. Raining stars on the background is just a wrapper; what matters is the satisfactory interaction. Once the audience realizes that, there is not much to do but to observe it flee to a better vessel.

2 thoughts on “Until the End of Space”